Thanks! with You in MASHIKO FUN TOUR

Thanks! with You in MASHIKO FUN TOUR 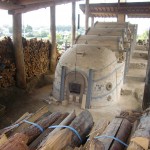 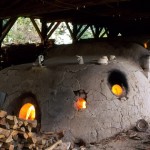 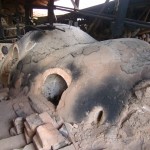 Reconstruction pledge together at the local recovering area, that suffers from earthquake disaster on 11th March.
Mashiko city, located in the Tochigi prefecture, is known as the “city of ceramic arts” in Japan and also a widely known city for fans of ceramic arts from all over the world. However, due to the great earthquake disaster in eastern Japan, Mashiko suffers from great damages, that are unforeseeable yet. Ceramic works, including the valuable existing and other facilities for the creation of pottery kiln were damaged from the devastating earthquake in Mashiko. In addition, due to the influence of the nuclear accident is under rumor, farm produce and tourism, has given a great deal due to the impact of tourism also more general since then. In addition, the plantation agricultural products and tourism suffer from the reputational damage caused by the nuclear accident and its huge influence on the tourism. In the operational year around 600 people got help from home and abroad, in the disaster area around Mashiko. This year, one year after the earthquake, the people of Mashiko, who suffered from the earthquake itself, will have the opportunity to thank the people who supported them with the “Thanks! with You in MASHIKO”, that will be held on the 10th and 11th of March. We made this “Thanks! with You in MASHIKO” together with interested people. This tour will take place together with locals form Mashiko. While deepening the exchange, preparing various events together, you will deeply feel the real charm Mashiko. Whether there are visitors who come the first time to Mashiko, visitors who come the first time to the disaster area or visitors who have visited many times before, this tour anyone can join.
That one year after 11th March. Why don’t we spend a day together in the affected areas around Mashiko?

The main event (Schedule)
Cooking Curry using the vegetables grown by local farmers from Mashiko
Cooking “Kenchinjiru” using fresh vegetables
Free trial potter’s wheel
Japanese drum performance by local volunteers
Bell in the local temple
The “Thanks! with You in MASHIKO” beacon (Light the fire in the rebuild kiln)
Free entry to the art museum of the city (On 11th March)
Go on activities with the local people during the tour (Schedule)
Carrying allocated firewood to make a smoke signal “Thanks! with You in MASHIKO” with with volunteers
Cooking and arranging local specialties together with volunteers
Cooking and arranging Bentos with volunteers
The Land
Make experiences with the local people during the tour (Schedule)
Pottery Specialists (Assessment) ????
Talking and drinking Sake together with the locals

Thanks! with You in MASHIKO FUN TOUR
https://www.yokosojapan.net/article.php/mashiko0310_event_en