Brewing Energy from Potato Biofuel to Save Japan!!

Brewing Energy from Potato Biofuel to Save Japan!!

We interviewed Professor Takahiro Suzuki regarding his advocacy of the multi-level potato cultivation, which serves three purposes:

3. Solve issues such as the greenhouse effect and energy conservation. 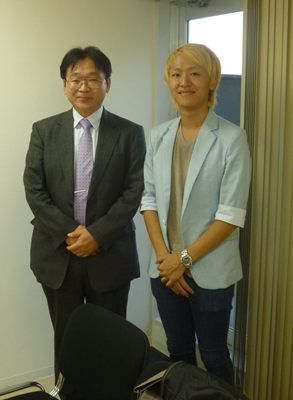 The rapid industrialization and economic growth in China and India lead to an increase in carbon dioxide emission. In Japan, the government reviewed the national energy strategy and decided to set off a target of reducing CO2 emissions by 25%. However, energy prices are on the rise due to a sharp increase in fossil fuel imports. The perilous decline of Japanese agriculture is another important issue to face. In fact, less young people engage in farming business due to the unstable income in this industry. Mr. Jae Heon Kim , a biotechnology student from Tokyo Institute of Technology, interviewed Professor Suzuki from Kinki University, regarding his "Multi-level potato cultivation for biofuel production” to solve issues we are facing, such as increase in carbon dioxide and energy prices, and collapse of agriculture. 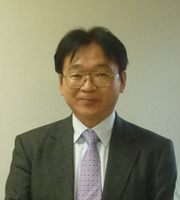 Professor at Kinki University, Faculty of Biology-Oriented Science and Technology

Prof. Suzuki was born into a farming family in Mikawa, Aichi prefecture in 1959. He was awarded scholarships at Nagoya University where he received a Masters degree in Agriculture. He is the first person from Nagoya University who received a graduate research fellowship from Japan Society for the Promotion of Science. After working as a postgraduate researcher at Massachusetts Institute of Technology (MIT), he became a senior researcher at Mechanical Engineering Laboratory, Agency of Industrial Science and Technology, Ministry of International Trade and Industry in 1989. Also, as a researcher at the Science and Technology Agency, he was sent to Princess Royal University Hospital in London where he served as a leader of Japan-US and Japan-UK joint research projects. After returning to Japan, he became an associate professor at Tokyo University of Science in 1996. Four years later, he withdrew from the position to work in the industry. He learnt business know-how from private companies and eventually became the most searched cosmetic researcher online. In 2010, he was appointed a professor at Kinki University. He started the "Furusato Ebisu Project" to create a safe, stress-free society with the support of the government and companies. His interest in entrepreneurship began when he was in the United States, where he met many local graduate students with an ambition to start their own business. He was greatly inspired by these young entrepreneurs, and decided to teach students at Tokyo University of Science. However, that was considered too radical in Japan and was not accepted. He believes that working for private companies are important for his identity.

Q1: Can you explain about your advocacy of "Multi-level potato cultivation"? 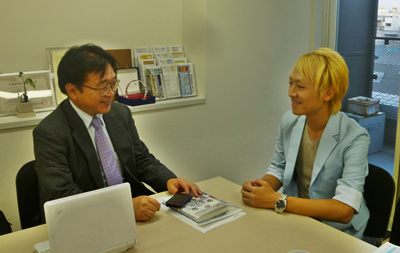 A1： Through ten years of research and development in cosmetics at universities and private companies, I came to the hypothesis that multi-level cultivation can produce more crops on the same amount of land if incorporated with light scattering technology that enables to harvest crops with only 3-5% of sunlight exposure. After various studies, it was found that potatoes are the most appropriate biofuel crops because they are easy to grow and less influenced by light and temperature. The most recent study shows that this method allows us to produce 10-20 times more potatoes. If we succeed to make the most suitable potatoes for biofuel production and develop cultivation-technique, it is possible to harvest up to 50 times more than usual. Theoretically, we will be able to harvest 450kg/㎡of 3cm potatoes on the five levels six times a year. It requires only one million hectare from unused land and thus is ideal for Japan that has limited space for farming. Japan can totally depend on potatoes for energy production. Potatoes can be a substitute for fossil fuels. If mass produced, it will be cheaper than fossil fuels and therefore it has a potential to be a popular source of energy in the future. 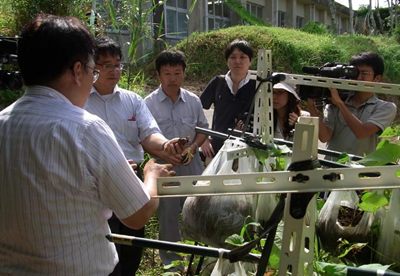 
Q2: Once this method is established, how will it affect the Japanese society?

A2: Biofuels are natural fuel alternatives and the best way to reduce emission of carbon dioxide. Unlike fossil fuels, we do not have to worry about the scarcity of biofuels because they can be produced every year. The potential for energy production from agriculture surely opens up Japan's farming industries, which will help young people find jobs in local communities. I call it "Furusato Ebisu Project". Japan spends approximately 20 trillion yen a year on fossil fuels. However, we can create a 20 trillion yen worth biofuel market in Japan if we substitute fuels produced from this method. If a farmer efficiently cultivates potatoes in a 20 are land plot, he can harvest 9 million tons of potatoes a year. By selling them for 5 yen per potato, he can make 4.5 million yen a year. That would be enough income for a person to live in a rural area. This is possible once the system is established. We need an immediate action to solve issues such as the decline of agriculture in rural areas and the deterioration of farming lands. My plan allows young people to return to local communities and makes it possible for three generations to live together like our old days. Elders no longer need to save money for retirement and start investing money for their children and grandchildren. It will be good for the economy as well. My innovational plan will not only be effective on the carbon dioxide emission and national energy security, but also revitalize agriculture and local communities.

Q3: That would be a great idea to solve social issues. With the increasing number of students who are interested in social problems, what do you think is the most important thing in mind for social reform?  Would you give a message to the local and international students in Japan?

A challenging spirit. Japan currently lives off old properties. I believe that it is important to create a new industry. While I was in the U.S., I was shocked by the fact that many students were keen to start their business and willing to contribute to society. At that time, I'd never thought what I studied would be useful for society. I hope that young people are interested in entrepreneurship. I am proceeding on this project so that my potato study will contribute to create a good society. I would like you to believe in yourselves and create a new world.

His passion and results was recognized and Osaka prefecture funds five million yen to support his business scheme. This project was set in business in Suzuka, Mie prefecture, with a great expectation from a local community. Professor Suzuki’s plan has a potential to solve a number of issues. It works out not only in Japan but other countries as well. Many of the conflicts occur in the world due to competition for energy resources. If each country becomes self-sufficient in energy generation, the world will be peaceful with a hope.

Participants received a letter of appreciation from Japan Tourism Agency.

Internship for local and international students this summer aimed to create a tour to revitalize local communities as well as to provide cultural exchange and experience. For the upcoming orientations in spring and summer, we consider that professor Suzuki's “Multi-level potato cultivation” would be a great project for them to work together as a team.
It would be a very meaningful orientation if participants share the knowledge of how biofuels contribute to self-sufficient energy production and even to world peace. Local and international students can relay the idea of "biofuel innovation" from Japan to the world, and create a bright future together.

Brewing Energy from Potato Biofuel to Save Japan!!
https://www.yokosojapan.net/article.php/potatorevo_feature_en