The “Red and White Song contest” (Kōhaku Uta Gassen) is, of course, the national event held every New Year’s Eve on NHK. Japanese around the country share hit songs and golden oldies, as well as reflect on that year’s events. They also affirm their connection and solidarity with one another in preparation for the new year. The songs performed are also a reflection of the times.

While the “International Red and White Song Battle” is based on this event, its essence is slightly different. Rather than the “red and white” (denoting the colors of the teams that compete against one another), the focus is on the “international”. In this way, we can bring together those foreigners around us to create a “multicultural song battle”. 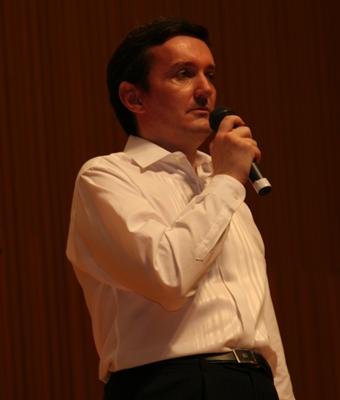 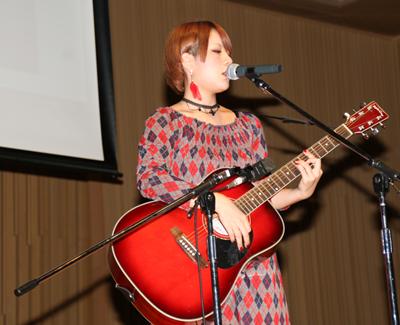 However, one cannot describe this song battle without mentioning the Great East Japan Earthquake. On March 3, Japan was hit by an unprecedented major earthquake and tsunami, followed by a nuclear accident. Relief teams came from around the world, along with donations and calls of “ganbare Nippon!” (“Don’t give up, Japan!). Foreigners living in Japan also rushed to volunteer in the affected areas. For these people, the disaster wasn’t someone else’s problem. “Giving hope to those in the disaster zone” – this was the theme of the International Red and White Song Battle right from the planning stages.

Having ethnic and multicultural media enter their names as group sponsors was also a bold approach. While they are vastly inferior to the mass media in terms of audience reach, we were able to transcend national borders through their use of technology to transmit information in their native languages. They thus demonstrated their power in a different dimension to the Japanese-language mass media. We also trialled a live broadcast through Ustream. It is through these approaches that the meaning of “international” in the “International Red and White Song Battle” is found.

However, even more worthy of note is the fact that foreigners of many nationalities as well as Japanese were able to come together through song. There are over two million foreigners living in Japan, but if their nationalities are different they don’t have many chances to interact with one another, and thus tend to mingle with people of their own nationality. This is only natural if they are unable to speak the same language.

(Author) Susumu Ishihara , editor-in-chief at the multicultural info magazine “Immigrants” (he contributed this article representative of the planning committee for the event).

Build the “Int'l Red and White Song contest” into an int'l event
https://www.yokosojapan.net/article.php/red-whitesinging_ｆｅａｔｕｒｅ_en