“Rock Challenge” – In 1988 this event took place for the first time to get the “positive attitude” out of the teenagers. Nowadays this event is also recognized by the UNESCO and the WHO and just yet the performance of Koshien was broadcasted nationwide. Furthermore, beside Australia, “Rock Challenge” events are performed in over 120 different places, like in New Zealand, England, Germany, Japan, South Africa, the United Arab Emirates and a few more. Many educational establishments consider Rock Challenge as ”the best  educational  program  in the world to cultivate sound spirits among students" and also enjoy the reputation as " educational institution" that motivates normal  teenagers to the level of creating a whole event on their own,

The German exchange student Andreas is working for Global Community as an intern since March 2012. He met with “Rock Challenge” producer Michael J. Di Stasio and talked with him about this project. 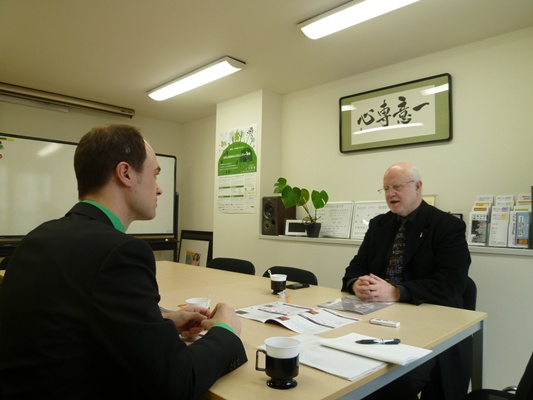 Q1:Andreas: “Rock Challenge” exists now for a very long time. Have you ever thought in the past, that this project would have such a big success?

A1:Di Stasio: “Rock Challenge” gives the chance for the students to work  and overcome the difficulties as a team and to have fun by creating everything on their own. Although they get some help for the music, the dances and the production by some professionals the main actors are students. Educators tend to underestimate the potential of the students. I think education means to unlock infinite potential of students That's why we focus on giving them a platform and assure them to tap their full potential on stage. I hope that they can also taste the joy of acting on stage like a professional. 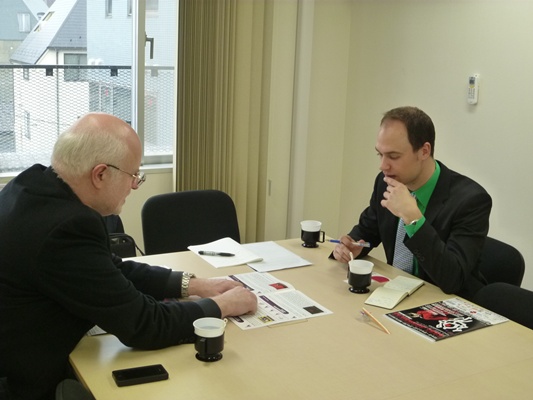 Q2:Andreas: What was the intention to start this project in other countries, such as Japan? Furthermore, what are the future perspectives for this event?

A2:Di Stasio: Drinking, smoking, doing drugs and promiscuous behavior of teenagers are the biggest problems in countries like Australia, America and some European countries. For instance, in South Africa the biggest problem is  that 15 percent of all high school students are infected with HIV. High school students are looking for a way to dissipate their energy. However  the problems of the Japanese high school students are different. Their biggest worry is, that they often don't know how to behave themselves  in society. This problem arises from the fact that the way to measure to the abilities of a student are quite limited in Japanese society. They have to be free to create their own ideas and thoughts.

Also we wanted to create an antithesis to the strong commercialized Japanese pop and show business. In my opinion it is a much bigger threat, that young children are  sexually abused for CD sales than the threat of radioactivity.

Since 2006 we went on stage 5 times and the main  participants have been  international schools, but every year there are more local Japanese shcools participating and in future we want to implement more traditional Japanese music.  Through this matter we can introduce Japanese music and art more in foreign countries. I think the traditional Japanese performance gains dignity even of western arts producers when they watch it. Until now the Japanese students mainly perform HIPHOP songs and the American culture has a big influence on the students, but  hopefully the spirit of the Japanese performance may touch their souls. My dream is that Japanese students discover fun in expressing themselves on stage freely at the “Rock Challenge” events, just like students do in Australia.

As Mr Di Stasio is married with a Japanese women and living here for many years, he is concerned with the needs of Japanese students. Kindly he accept our offer to  cooperates with our  2nd International Singing Festival in October. We hope that there will be more schools participating in “Rock Challenge” in the future. 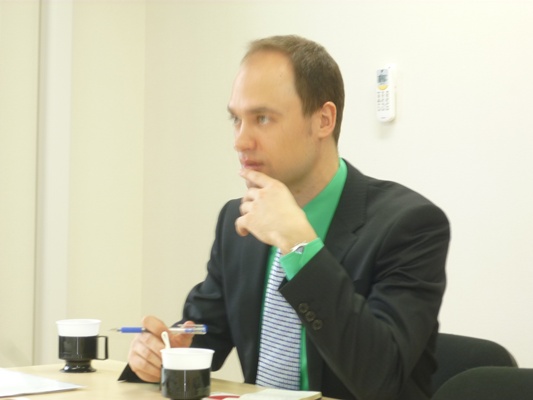 I never heard about Rock Challenge before and so I read some articles about it before the interview took place. But right in the interview I realized what the real intention of Rock Challenge is. I have to admit, that I was really amazed after the interview with Mr. Di Stasio.  There should be more people like him that put so much effort into a non-profit project. He exactly figured out, what the problems of today's youth are and he tries to avoid that they start drinking too much alcohol, doing drugs or even committing suicide. With his project he wants to show them that they can be strong and self-confident without any addictive substances. He gives them a chance to find their own way and build their own mind and he even has enough courage to oppose the modern pop industry. They can be stars without sexually attracting older man, like most of the Japanese pop bands with young girls in it do. Furthermore I like the fact that he brought the idea of “Rock Challenge” to many other countries with different backgrounds. I hope that this project will gain more success and I also hope that Mr. Di Stasio keeps on working on this unique and outstanding project.
Translated by Andreas Steiner (exchange student in Dokkyo Univ.)